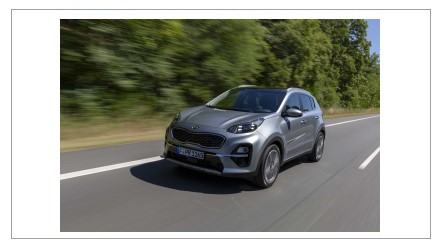 Between January and March, Kia sold 685,739 units across global markets, a 0.6 percent decrease compared to the same period last year. Sales outside of Korea recorded a 0.7 percent increase to 564,075 units.

The strong performance was supported by Kia’s enhanced product mix. With the success of the brand’s higher-margin RV models, such as Sorento and Sportage, RV sales accounted for a record-high 61.3% of overall vehicle sales. Also, Kia’s improved brand perception, its efforts to cut down on incentives, and the favorable foreign exchange environment supported improvements in profitability.

For the first quarter, Kia recorded retail sales of 110,043 electrified vehicles, accounting for 15.8 percent of overall sales and a 75.2 percent increase from the same period a year earlier. Of the electrified vehicle sales, retail sales of BEV models accounted for 43,150 units, a 148.9 percent increase year-on-year. Kia’s EV sales are expected to further accelerate in line with the continued media and public appreciation of the brands new models. The EV6, Kia’s first dedicated BEV model, was recently announced as the European Car of the Year proving its competitiveness.

Going forward, Kia will continue its electrification efforts and its transition to becoming a sustainable mobility solutions provider through introducing innovative mobility products and services. In the long term, Kia aims to achieve annual sales of 1.2 million BEV units by 2030.

Kia anticipates the automotive demand to rebound from the impact of COVID-19 pandemic while the semiconductor shortage is expected to gradually improve.

In response to the current market challenges, Kia is flexibly adjusting its production and market distribution plans in line with inventory status and to minimize production disruption. Kia will also continue to focus on improving its product mix.

Notes:
A. The above results are tentative consolidated business results under “Korean International Financial Reporting Standards (K-IFRS)”
B. The above results are preliminary and unaudited. Figures are subject to change after official audit.
C. The above sales volumes are based on wholesales unless otherwise specified.
D. For further information, please refer to the company website (http://www.kia.com/worldwide/main.do)