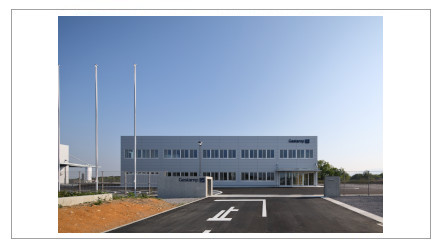 Gestamp Hotstamping Japan, the production plant that the multinational has in the Asian country (one of the world’s largest manufacturer of automotive hot stamping parts) has decided to expand with a new plant building on its premises in Matsusaka. This decision is part of Gestamp´s expansion in Asia, which is key for the global strategy of the Company.

Following the plant built in 2018, the expansion meets the increasing demand for parts from Japanese automobile manufacturers. The relationship of the Company with Japan, already long and fruitful, is deeply rooted in the country with this plant and two sales offices. One is Gestamp Tokyo, also home of the Group´s R&D center in the country, inaugurated in 2017. Besides, the Company´s subsidiary Edscha, specialized in mechanisms, has a sales office located in Yokohama. The new expansion of the Matsusaka plant  is scheduled to be operational by June 2023.

As Gestamp’s first Japanese base, Gestamp Hotstamping Japan has been supplying parts to domestic and overseas automakers and will introduce a next-generation hot stamping line that combines a large press with an environmentally friendly electric furnace powered in order to avoid burning gas to heat the blanks. This will enable Gestamp Hotstamping Japan to supply automotive manufacturers with one-piece, high-strength, lightweight parts, contributing to the Japanese automotive industry’s accelerating shift to EVs.

Since its establishment in 1997, Gestamp has been engaged in the manufacture and sale of stamped parts, such as structural components for automobile structures and chassis. The Company has grown in tandem with the global expansion of automakers always working hand in hand with its clients. The Group also possesses world-class technology in hot stamping, which is widely used by automobile manufacturers, and contributes to the realization of high environmental performance (reduced fuel consumption due to lighter weight automobiles) and safety.

Mr. Masato Takegami, Mayor of Matsusaka city stated: “We are pleased to support this expansion even in the current difficult circumstances. This is the result of Gestamp´s advanced technology and Company effort in the Japanese market. Matsusaka city together with Mie prefecture would like to continue supporting the further growth of the Company in Japan”.

Mr. Toshiya Hara, General Manager, Gestamp Hotstamping Japan said: “This expansion project will not only be a simple capacity increase, but also will provide solutions for the new demand for the next generation vehicles such as EV´s by installing a new Hotstamping line with bigger press and high energy efficiency furnace”.

The existing plant is located in Ureshino-Tengeji cho, Matsusaka city (Mie prefecture). The new expansion will bring a total construction area of 8,713.6 square meters, which means that the total building area after expansion will be 17,703.8 square meters. The building plan will begin in June 2022 and is planned to end by June 2023.

Gestamp is a multinational specialized in the design, development and manufacture of highly engineered metal components for the main vehicle manufacturers. It develops products with an innovative design to produce lighter and safer vehicles, which offer lower energy consumption and a lower environmental impact. Its products cover the areas of bodywork, chassis and mechanisms.

The Company is present in 24 countries with more than 100 production plants, 13 R&D centers and a workforce of nearly 40,000 employees worldwide. Its turnover in 2021 was 8,093 million euros. Gestamp is listed on the Spanish stock exchange under the ticker GEST.